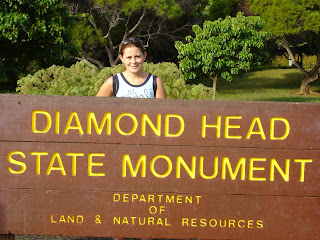 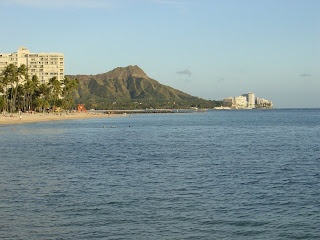 Diamond Head is one of those landmarks that you associate with Hawaii, in particular Waikiki and the island of Oahu. It can be seen in almost every television or magazine commercial, and unless you are living under a rock its the first thing you notice when you fly in/out of Honolulu.

Diamond Head is known to Hawaiians as Lēʻahi, probably from lae 'browridge, promontory' plus ʻahi 'tuna' because the shape of the ridgeline is similar the shape of a tuna's dorsal fin. The name Diamond Head was decided by British sailors in the 19th century, who thought that calcite crystals embedded in the rock were actually diamonds! That would have been nice - diamonds for all!

You can actually hike to the top of Diamond Head - anyone can do it (in fact I have seen Japanese tourists in high heels do it) - so don't skip this one! It costs $1 to enter the park and take the hike and $5 for parking. It takes around an hour to get up and back, and be sure to take water with you - no ABC stores at the top.

I have included a few shots of Diamond Head as well as proof of my trip - as you can see it is a sight hard to miss. 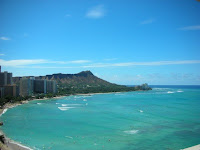