36% of Hawaii Residents Are Born Somewhere Else!

More than ever these days, current residents of Hawaii weren’t born in the Islands.

The number of Hawaii residents who were born in Hawaii dropped from 2007 to 2008, according to data released Monday by the U.S. Census Bureau’s 2008 American Community Survey.

Hawaii ranks 28th for its percentage of people who still live in the state in which they were born, down from 24th in 2007.

To give you some context, 72.5% of California (CA) residents were born in California, a number that hasn't changed much from 2007.

Louisiana (LA) has the highest percentage of Louisiana-born residents at 82%. Nevada (NV) has the lowest, with only 29% of residents being native-born.

The data from the American Community Survey contains a broad range of information about working, living and spending patterns and can be found online here.

Have you ever thought about moving to the Islands? Here's some inspiration for you to get started (be sure to have your speakers on)!

When I'm Not Blogging...I'm at the Gym

I have been slack with regards to blogging lately, and not for the reasons that you may think. In fact, when I am not working or sleeping, I am at the gym trying to drop some pounds (or kilos as my Aussie friends would say). I have been working out religiously as we are heading back to the Islands in November and I want to look my best in a bikini. After just watching "Rehab: Party at the Hard Rock" on TV last night, it seems like I may have a long way to go! Check out this video below for a look at the episode that aired last night.

Hawaii is one of the best places for those who enjoy fitness - with the ocean as your backyard, there are so many options for exercise to help you stay fit and healthy. In fact, Hawaii is often one of the top ranked states in regards to health and well being, with high life expectancy, low obesity levels and an impressive quality of life. Hawaii is also one of the happiest US states, as I have written about previously.

If you lived in Hawaii, what kinds of activities would you do to stay healthy? For me, swimming is number 1, and if I keep up with my current exercise routine, hopefully running will be my number 2. The toughest part for me - staying motivated. If only there was a cure for that....
Posted by Natalie Malloy 2 comments: 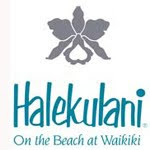 For all you foodies out there, some welcome news from the Halekulani in Waikiki. Orchids Restaurant has just announced a new lunch and dinner menu by Executive Chef Vikram Garg and Chef de Cuisine Darryl Fujita.
The new menu features a wide selection of appetizers, entrees and desserts while preserving three of Orchids signature dishes:
Steamed Oriental Onaga 'Orchids Style'
Manoa Butter Lettuce Salad
Halekulani Coconut Cake
I had the chance to look at the new menu (thanks for sending the press release Erika!) and I would say my top three picks on the new menu would be:
Big Island Goat Cheese with Kalamata Olive Cake, Tomato and Macadamia Nut Chutney
Lobster and Crab Burger with Sambal Aioli, Pickled Cucumber and Dill Parmesan Fries
Kumamoto Oysters with Japanese Cucumber and Yuzu Dressing
The menu has been designed to celebrate contemporary seafood and there are some amazing items to choose from, with modern flavors and local produce.
For more information about the Halekulani or to make a reservation at Orchids, visit their website. I am looking forward to Sunday Brunch on my next trip!
Posted by Natalie Malloy No comments:

I had a great vacation over the summer, and the weather here in Seattle has been great. Whenever people come to visit, its always an opportunity to do some touristy things in your local area; things you have done many times or maybe something new. I have been to the Space Needle enough this year, that's for sure!

So, if you live in Hawaii and you have guests, where do you like to take them and what are the must-see destinations? O'ahu is my island of choice and my top 5 tourist attractions would include the following:

What ideas do you have? Why not share with me your tips on best things to do on Maui or Kauai?
Posted by Natalie Malloy 1 comment: 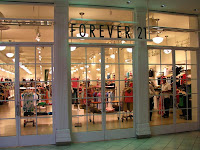 Forever 21 is making its way to Waikiki! The fashion retailer specializing in trendy clothing for young women and men has leased a large retail space at the Royal Hawaiian Center that had been originally planned for bankrupt Hawaii retailer Hilo Hattie.
Forever 21 plans to open a 42,580-square-foot, three-level department store at the Waikiki shopping center next summer!
The store, which will be located between The Cheesecake Factory restaurant and fashion boutique Bebe at the Diamond Head end of Royal Hawaiian Center, will be Forever 21’s third Hawaii store. The Los Angeles-based company also has stores in Pearlridge Center and at my favorite mall of all time - the Ala Moana Center.
The size of the store will give Forever 21 the opportunity to introduce more of its brand labels to the Hawaii market, including men’s and plus-size clothing.
For those that have been in Waikiki recently, you may have noticed that things are looking pretty impressive in regards to shopping and overall glamour. It makes me wonder if I will ever need to visit the Ala Moana Center again, as almost everything you need is right in the heart of downtown Waikiki. There's only one store missing.....a Hello Kitty Store!
Posted by Natalie Malloy No comments:

What is Your Favorite Hawaiian Food?

Its 4pm and I am hungry. My mom is still saying with us so tonight so I am planning on preparing a special meal - Armando Percuoco's famous Truffled Egg Pasta from Buon Ricordo. I was dreaming about this dish earlier and it got me thinking about Hawaiian food and how much I love the regional cuisine there. My favorite Hawaiian food would have to be Poke, followed closely by Mac Salad - food from both ends of the spectrum!
Do you have a favorite Hawaiian food? Please share it so I can drool some more!
Posted by Natalie Malloy 2 comments:

Do You Smell? Then Get Off 'The Bus'

Here's some quirky news!
The Honolulu City Council is considering a bill that would impose up to a $500 fine and/or up to six months in jail for public transit passengers convicted of being too smelly.
The bill is to be heard on Thursday in committee, and it outlines a plan to make it illegal to have "odors that unreasonably disturb others or interfere with their use of the transit system." It doesn't matter if it's body odor or offensive fumes from clothes, personal belongings or animals. Hysterical!
Councilmen Rod Tam and Nestor Garcia co-sponsored the anti-odor bill. It will be interesting to hear the initial reactions to this on Thursday. What do you think? Do you agree? Or is this pushing the limits?
Posted by Natalie Malloy 2 comments:

Email ThisBlogThis!Share to TwitterShare to FacebookShare to Pinterest
Labels: hawaii, the bus

Stop the press - my first product for review arrived in the mail from Australia last night! Let's just say its not specifically related to Hawaii, but you could definitely use it there! Stay tuned for more details - any guesses on what it might be?
Posted by Natalie Malloy No comments: