I wanted to share a few of my favorite shots from my recent vacation to Hawaii - more to follow this week. 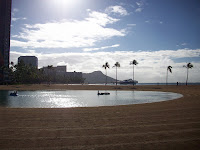 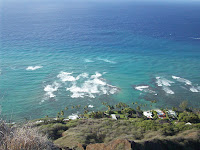 The View from Diamond Head 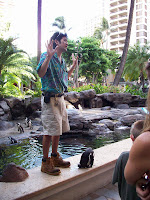 No, I am not selling off my furniture!  But I am doing a post for CSN stores and wanted to share with you their amazing selection of bar tables and stools that they have available online.  For those of you not familiar with CSN Stores, take a look at their website where they have over 1 million products available to purchase - you could literally spend all day window shopping!  And with Black Friday/Cyber Monday sales fast approaching, now is the perfect time to pick up a bargain or two.  Happy shopping and now I am back in Seattle, I'll be sharing my latest and greatest Hawaii adventures between now and Christmas, to help keep you (and me) occupied as the winter months finally kick into high gear.
Posted by Natalie Malloy No comments:

My vacation is flying by and Hawaii has come and gone.  I'm in Sydney right now catching up with friends and family and it has been great - the weather has really been in my favor.  Hot sunny days, balmy summer nights, and minimal rain in between.  I'd forgotten how wonderful Sydney is in the summertime, especially when you have wonderful people to share it with.

I have a ton of photos and experiences to share from my recent trip to Hawaii.  We stayed at the Hilton Hawaiian Village Beach Resort and Spa, and let me just say it was nothing short of spectacular.  From the room to the food to the hotel services and activities, everything was just fantastic.  Lots more to come on this shortly - once I find the cord to my camera amongst all my luggage.  But now, off to Sydney Fish Market!
Posted by Natalie Malloy 2 comments:

I had started a blog post about the new series Hawaii Five-O on CBS about 3 weeks ago, and I have to admit it was less than complimentary.  For some reason I never finished the post and now I am glad that I didn't publish it.  With the series now about 7 episodes in, I've changed my tune.  Alex O'Loughlin and Scott Caan star as Steve McGarrett and Danny 'Danno' Williams respectively, and have really found their groove as police partners on the show.  Initially, I felt like the show didn't reflect Hawaii as it really is (the first episode was focused on some kind of terrorist threat, which I don't believe has ever happened (nor is likely to happen any time soon).  And in this week's episode, there were locals drinking Blue Hawaii cocktails in the tropics bar at the Hilton Hawaiian Village, which again is not likely to be a common occurrence.  But the story lines are improving, the scenery is always a pleasure to absorb, and over 14.5 million viewers each week can't be wrong - it really is one of the better new TV shows of the fall.

While the show is fun, take it with a grain of salt.  There are a number of scenes in the show that are not 100% accurate, and I feel like they misrepresent Hawaii in some of their episodes.  But overall, a pretty impressive job and let's hope that McGarrett and Danno stick around for Season 2.  If you haven't seen the show yet, enjoy this preview on YouTube and tune into CBS on Monday night for more.
Posted by Natalie Malloy 2 comments: